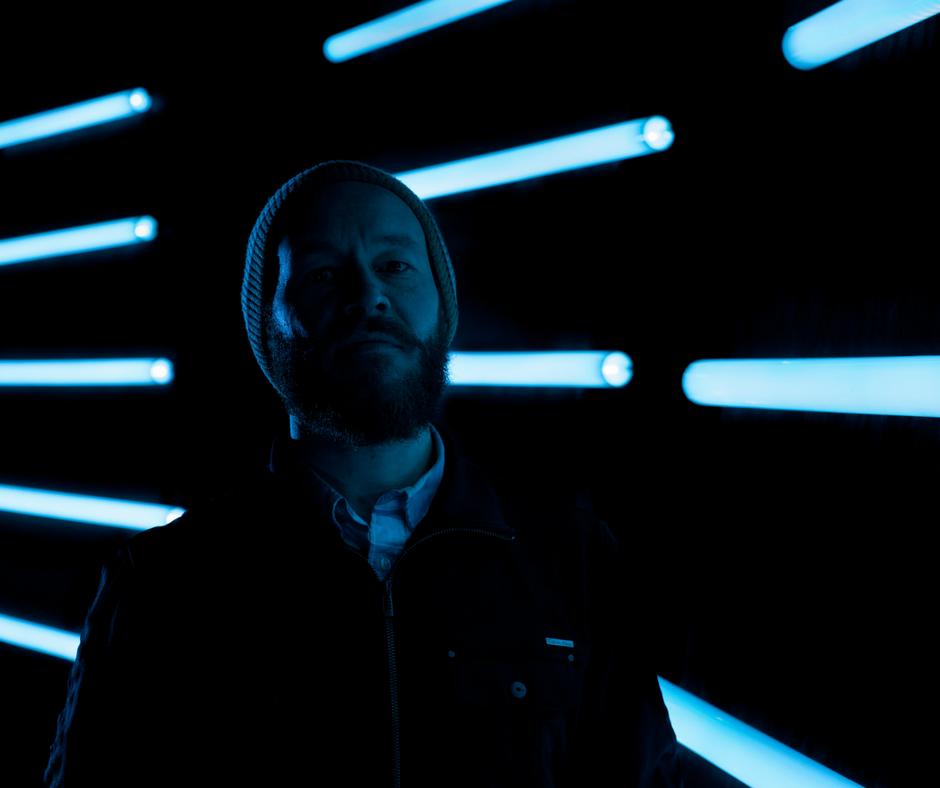 Joshua Green is a Chattanooga local who fondly remembers riding in the back seat jamming to Springsteen’s Born in the USA with his father’s drum kit loaded up right beside him. That sort of inspiration spawned his dedication to learn and perfect the art of drumming through high school, where he played in various school bands and drum corps, as well as college, where he studied jazz drumming with Dr. Monte Coulter at UTC.

His professional portfolio boasts membership in several bands. Joshua described Infradig as an all–instrumental band locked into a weird niche of danceable avant–garde. The Distribution was a soul/funk outfit he started with his primary collaborator of 15 years, Carl Cadwell. He and Carl both currently play in Summer Dregs, which has an electro–pop focus that pairs well with the intense light show they built to exemplify the emotional aspect of the music.

In his newest project, Permanent Record Drums, Green releases a new drum sample every day. He hopes that producers and songwriters will utilize these samples to inspire new works of art.

Joshua: When I was a teenager I was enthralled by the flair, finesse, and technicality of Rush songs and studied Neil Peart’s style so closely that I became a mini Neil Peart. Billy Martin, drummer for Medeski, Martin & Wood, is another big influence. I saw Medeski, Martin, & Wood in New Orleans in 1996 and I was completely blown away by his performance. I quickly became a mini Billy Martin. The one that really stuck, however, was JoJo Mayer, who is a modern day Buddy Rich. He’s highly technical and has interesting takes on drumming. He’s an inspiring and almost other–worldly figure.

Your website says that you’re working on “utilizing many, many different drumsets, percussion items, and found objects [to provide] a new drum loop and accompanying fills [that] will be released every day for one year.” Can you tell me more?

Joshua: For the past seven years, I’ve been enamored by the idea of recording my musical drumming history to better understand what it means to be a drummer. I started this idea of creating a drum sample library, which ended up taking a while to really get started. Two weeks before my birthday, which was on Thanksgiving Day last year, I was fiddling around in my studio when I decided to give myself a gift. I would start the library on my birthday and record a sample every day for one year. That timeframe and regular recurrence would guarantee that the project would feel complete and entirely exhaustive. This project is a way to develop myself not only in technical proficiency by refining my own style and skill sets, but also in commerce and analytics as I try make this project as successful as possible. Even at the end of the year, if it doesn’t sell well it will be a personal success because I will have grown as a musician in a very significant way.

The way this project is formatted, I start with one primary drum sample that’s usually eight bars long. Then I will have a bunch of complimentary fills that will be spliced into that beat. Sometimes there are complementary grooves that are takes on the initial one. You can kind of do anything with what is available.

You offer these tracks for free for three days, then you start charging for the samples. What’s the goal behind that?

Joshua: I want people to use the samples and keep up with the project. I love the idea of someone creating something with what I’ve made. I love collaboration. When I see that start to happen down the road, I think I’ll get a great sense of joy from it because I’ve become part of someone’s creation.

How does the copyright for sharing your material for free and then charging it work? How will you get credit for what you are sharing if and when others start using it?

Joshua: That is something that I’m still working on. I haven’t quite ironed that out just yet. I have a friend who is working with me on that, but we haven’t made much headway on that yet.

Joshua: My goal is to have my samples benefit others as they work on their music and to, as a result, partner in more collaborations. I would also like more professional development on my drumming so that I can be good at a wide variety of things, not limited by genres, technical skills, etc.

What advice would you give to an aspiring professional drummer?

Joshua: Get all of your rudimentary studies done as fast as you can and don’t try to break the rules before you learn the rules.