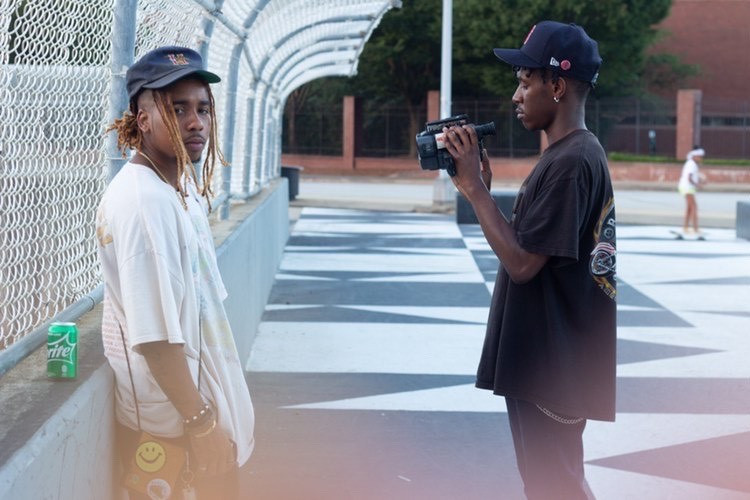 g up on the east side of Chattanooga a younger 2$ON THE PRINCE found a deep love and inspiration for and from his community. “My environment waned me into the art world in a very organic way,” he says. Immersed in a wide range of music, he often found himself captured in dances, as well as singing all the rap and R&B songs, but it was also his imagination and love for music that correlated into his songwriting today. 2$ONTHEPRINCE says he aims to approach every beat with a storytelling method, and that music has always been something that really speaks to him and for him sometimes if not all the time. These exposures and experiences with different groups and scenes led him to where he is now
and the relationships he has with music today.
Before following his own personal pursuit of music 2$ONTHEPRINCE watched his friends mold their own musical images while he occasionally featured on songs. This changed last year when he chose to release PROGRESSION with Keem the Cipher on SoundCloud. Following with odetokool and TELEPHONE a collaborative track with Dook Walt Jr. When creating 2$ONTHEPRINCE takes his time with every individual song and structuring his ideas in a way that when he gets to the studio he knows what he wants each song to sound like. Because of this, he says “I can never be more sure of what I’ve created right now”.
In the year since the release of PROGRESSION, 2SONTHEPRINCE has seen a growth in his confidence and the way he spits. Because of this, TELEPHONE will not be the only release we will be seeing from 2$ON THE PRINCE this year. While we will have to wait until 2021 for the album, he is releasing new music today November 14th on all platforms. 2$ONTHEPRINCE leaves us with this piece of motivation for himself “I’m not a musician, I definitely want to try and change the narrative on being a musical artist. I think that music is a universal language. I want to create experiences for when you come to a live show of mine and you leave thinking I just left an art show. I just left something I would pay again to pay the same show.”