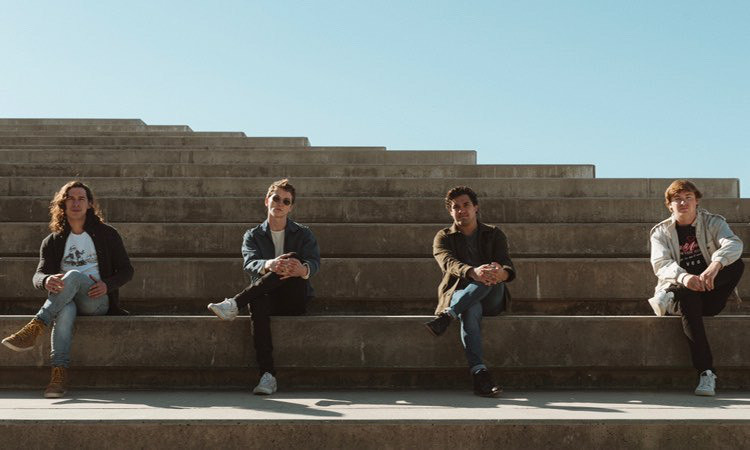 On the surface, Lenox Hill is another alternative rock band, but their catchy cords have been inspired by all genres of music. What was once a beachy and poppy band has developed a slight southern drawl connecting with their Tennessee roots. Originally from Cleveland,  Tennessee, the four members Luke, Pack, Kyle, and Cameron grew up in the same neighborhood of Lenox Hills. It was here the four were sparked by what seemed as just having fun, but developed into them making music. “It went from a fun college friend thing to where we started writing songs and we really enjoyed them. We thought they were good. So we decided to do what a lot of 18-year-old kids do and start a band.”

Having toured with The Weeks, the band had finally entered the tour circuit but after the effects of COVID-19, their upcoming tour with Okie Dokie was canceled. While this was a set back the four decided to commit their time to grow in songwriting and recording. So when they hit the studio to produce their latest single, I Feel It Coming they knew they were not going to settle for anything less than exactly what they wanted. “We went in there and we had enough time where we could try different things. A lot of it wasn’t that great but at least we got in there and heard it so we could rule it out. We had no regrets about what could have made it better. We got to try everything.” says Luke. For Lenox Hills, I Feel it Coming has been one of their hardest and most stressful recording experiences but it has resulted in what they believe to be their best song yet.

I Feel It Coming is a fun song about being young. Lenox Hills released this song with the intention to move their listeners during this dark time. “To give everyone 3 minutes and 30 seconds of joy,” says the band. While this is what we get for now Lenox Hills has more to come in the next few months. A show at The Signal on January 22nd as well as another release to come around the same time.