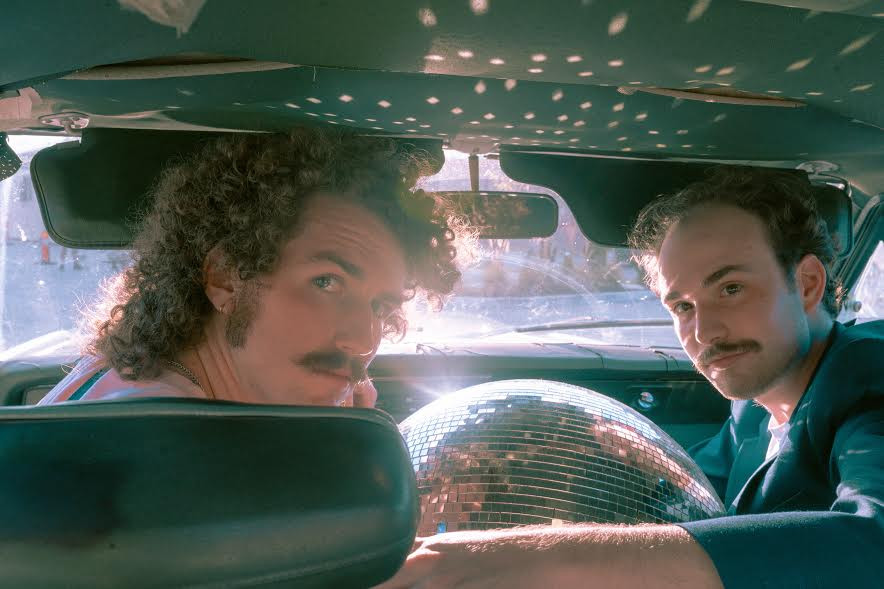 Dolphin Group is the 80’s inspired, modern synth-pop band of your dreams. Formed by lifelong friends Zach Ruppert and Colin James, Dolphin Group developed to include Ashton Reilly, Connor Harlan, and Natalie Beatty. Inspired by the 80’s pop legends, Colin says “the spirit of the B-52’s is definitely within Dolphin Group” and much like the B-52’s, Dolphin Group has a sound that makes you want to move.

When it comes to their tunes there are not many others creating anything like it, we asked Dolphin Group what goals they set for themselves. “We want more people in the southeast to hear what we’re doing, so that way we can travel and do more shows once it's safe to do so,” says Zach. Being heard is not Dolphin Groups' only goal. Ashton tells us they have passion for both the group and one another and it is important for them to do things mutually regardless of the positions they are presented with.

Creativity flows within Dolphin Group and their name is evidence enough. Coming up with their name just days before their first show and deriving from a past project between Colin and Zach. The band also takes the creative lead in assisting with video and photography design. With an abundance of talent, Dolphin Group pulls their inspiration from some of their favorite artist like Ornette Coleman for Colin and Connor, The B-52’s for Ashton, Donnie Benet, for Zach. Then lastly Blurr for Natalie who says “I listened to 13 so much in high school it changed me”

Dolphin Group has played many shows and locations across town. For them, the most memorable include their first performance and their first show at the submarine. “The submarine,  yea its a house show but its so much more. It's really done something for the Chattanooga community” says Dolphin Group. Chattanooga is changing and developing, and for Dolphin Group: that is evident in local music.  “I feel like Chattanooga now compared to five years ago has so much more going for it and I feel like there is a community for music now and it’s exciting to be a band in that because it feels like just the beginning of something. We’re all about to go on together.”