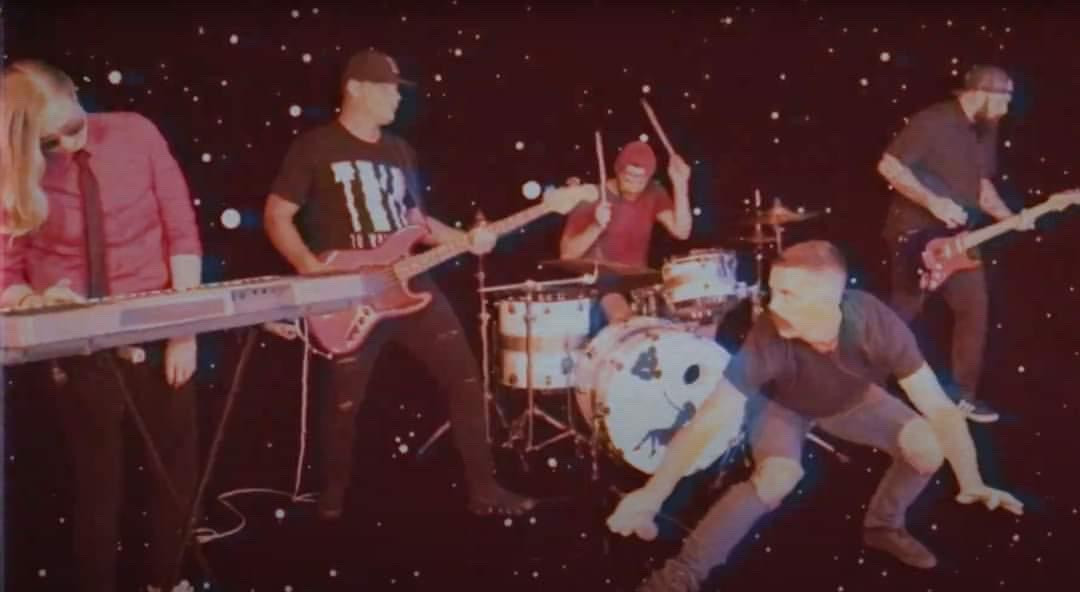 A hodgepodge of a band, the members of Terminal Overdrive come from various musical backgrounds. Eric, the newest member to join, has never done vocals, but has played guitar and drums in hardcore bands and released an album with a death metal band earlier this year. Jennifer the keyboardist finds herself in a phase of synth and 80’s pop-punk. While Chris the drummer has a past in metal, as well as the guitarist Chris with the addition of experience in bluegrass, surf punk, and movie soundtracks. Then lastly the bassist Marshal Elkins comes from a high energy rock band. While their musical pasts differ, Terminal Overdrive feels that this is what makes them who they are and allows for their unique sound. Allowing their musical taste to come together and come out differently.

With the release of their new album Something You Believe on Saturday, December 18th, the band has been working very hard to get this album ready for the public. While the songs themselves have been the results of almost a decade of work, Chris tells us it’s just been a process of finding the right people to fill out the band. Then with the addition of Jennifer in February and Eric in July of this year, the band was “kicked into terminal overdrive 2.0”, they said. Eric writing all the lyrics for the thirteen songs on the record says this on his lyrical inspiration, “Just writing in the vein of tragedy, it’s just all sadness here ya know, but at the same time it’s something that people can relate to. Written against hate and angst against most of society, and how things are kinda dark. We’re force-fed popular opinions, and the world been in such turmoil over the last year, for the last four years. Everybody’s been so this or that”

While their new album is fresh and ready for release the band is already thinking about their second album. That they say is almost finished and ready to record. Although it may be later into next year before we get the release date, Terminal Overdrive has another fun and spunky music video that dropped today for their song Barrows. Something You Believe will be available on all streaming networks this Saturday and head over to JJ’s Bohemia for the album's socially distanced release party at 8 pm. The band leaves us with this, “A common theme of this music is just kinda bringing back raw music like this 90’s vibe of the music, back before it was overly produced where it just sounds like it was run through a computer. I feel like there’s just a true grit to the music from start to finish and it kind of keeps in that same theme. t’s not overly polished, but it also feels like it could go off the rails at any moment. I just feel like when I was growing up there were a lot of bands, like Alice in Chains and all these grunge 90’s bands and there seemed to be a true sense of self and grit and personality to each one and I think that’s what we’re trying to revive here. Because we’re playing this music in a sea of bands that want to be this or that and we’re not trying to be any of it, we’re just trying to be ourselves.”